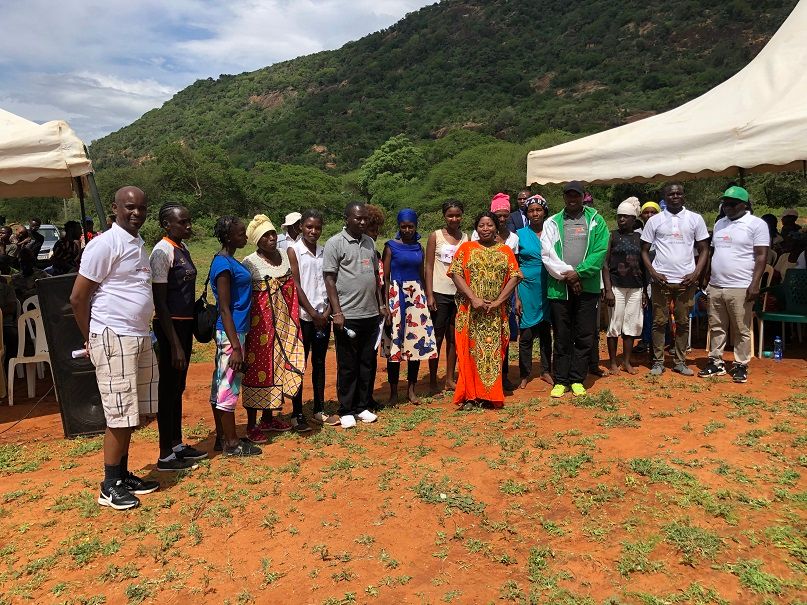 From an idea to a plan, the Sagalla Hills Marathon became a running event on Jamhuri Day, 12th December, 2022. To those running and cheering, it was a day of bringing a new dawn. With anxiety and enthusiasm, the planners, runners, spectators, community and children woke up early to run for health, education and tourism.

Led by the Sagalla Communities, and in particular the Ndara B Community, the happy faces showed the excitement of the marathon. One of the veterans put it best saying, “The Sagalla Hills are bringing us blessings.”  The Sagalla community members through running said they want tourism. They run to attract more investors to Taita Taveta County. They run for their children’s education. They run to improve on their health.

The community had witnessed runners from across the country troop to Voi for the marathon the day before. As if it was not enough, on the marathon day, very early in the morning before the sun sets, hundreds of people were already streaming in at Gimba Primary for the Sagalla Hills Marathon (SHM) 2022.

The Turnout was not expected to be that high considering this was an inaugural marathon in an area that is considered marginalized. However the long lines for those registering and getting their running numbers was a loud message that Sagalla Hills Marathon is an idea whose time has come.

At nine (9) O’clock, the marathon was flagged off by the Taita Taveta County CECM for Sports, Mr. Shedrack Mutungi. The sports CECM who represented H.E Governor Mwadime was accompanied by a number of county officials who are experts in sports. They made the marathon better.

The Sagalla Community who have lived in the Sagalla Hills since their ancestors settled here were determined to run and write their history. From the old to the young, men and women, all were gathered at the venue to run and tell the world that they are welcome to visit Taita Taveta County.

Following heavy rains and some sections of the road becoming unpassable the marathon was adjusted from the 42 km race to a half marathon race of 21km and a 5km Jamhuri Run. The marathon also had different categories that included men and women 18 years and above. Veterans of 50+ years and Persons with Disabilities.

It was inspirational seeing persons with disabilities running with outstanding passion, as they made it clear that disability is not inability. The Veterans run for health. The old men and women were cheered as they took off at the veteran pace. “I’m running for the next generation,” said one of the veterans as he took off.

What was more significant was the morale with which women reenergized themselves by saying, “women power”. The “Wamama Power,” mantra catapulted the old women to finish the race come what may. The women sent a message that Sagalla Hills Marathon has equality in gender. “What a man can do a woman can do,” said one of the women.

Children below 10 years and 11-18 years were not left out in the SHM events. They run 400m and 800m races respectively. These children did not only run to make the history of SHM, they run to be the future custodians of this event that they intend to pass from one generation to the other.

In the run for health, the organizers were not to be left behind. County Government officials, Diaspora University Town (DUT) team, Ndara B Community officials, Red Cross volunteers, and other sponsors run the 800m race. “Let’s keep running for our health,” said Joshua Mwadeghu the Chairman of Sagalla Hills Marathon as he run the 800 meter race.

The sponsors and partners that included Ndara B Community, Taita Taveta County, Diaspora University Trust, Diaspora Kenyans, Kenya Wildlife Service (KWS), Kenya Police, Red Cross and others in the end concluded that the marathon was good.

Joshua Mwadeghu the Chairman of the Marathon said, “We start this annual marathon to achieve for ourselves and future generations our rights. As persons in our community, our county, our country and in the World run round the Sagalla Hills, they shall have good health.  We shall through running the marathon give ourselves and future generations education. As a result of running the marathon, we shall bring tourists to the Sagalla Hills, to our County of Taita Taveta County and to our Country Kenya to grow our economy and create jobs for ourselves.”

Asina Kidoki the Vice Chairman of Ndara B Community said, “I urge our Governor H.E Hon. Andrew Mwadime to not only embrace the Sagalla Hills Marathon, but also the Diaspora University Project that seeks to address the issue of joblessness in our community”.

Dan Kamau the Executive Trustee said the Diaspora University Town and Diaspora Kenyans are fully committed to progressively growing the marathon to reach over 10,000 runners and thousands of tourists. He said that one of the awards that the Trust and Diaspora Kenyans will sponsor is the winners’ participation in other marathons as they promote tourism and the marathon.  In the run for education, Dan said that the first twelve finishers of the race will get awards of scholarships to join Diaspora University when opening. The awards range from fully 4 years to 1 semester scholarships and can be given any person the runner choses.

The First Lady of Taita Taveta H.E Sabina Mwadime thanked the runners, the community and Diaspora Kenyans for the initiative started that include the marathon, university, medicine vaccine plant and others. She added, “My father comes from here. I am very happy that development has come to my community.” She promised to see to it that the community and the projects get the full support from the Governor’s office saying, “I see the community of Sagalla moving from one level to another.”

County CEC for Sports Mr. Shedrack Mutungi said, “When I was invited by the organizers, I had a sit down with the team and I learnt that DUT has a big dream for Sagalla Hills Marathon. I then discussed with the Governor about the same and I can confidently say that the County Government of Taita Taveta is fully in support of the Sagalla Hills Marathon. I believe that this initiative will open doors for infrastructural development in the area, revamp Tourism and attract investors in Taita Taveta County for economic prosperity. The poor state of the road that did not allow us to do the 42km is already under discussion.” 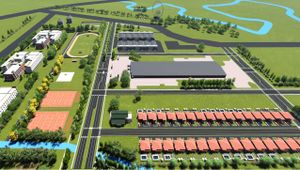 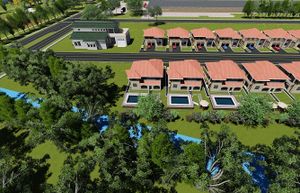