In the last 60 years Kenya GDP per capita has not grown at the pace of the U.S or that of Singapore.

Kenyan’s failure to invest in jobs creation systems, like those in the U.S, that make land resource and human resource productive to meet Kenyans constitutional rights is the main reason the per capita income is low compared to that of the U.S.

The U.S. investment in jobs creation and application of resources to produce, has led to the adult population at any given time producing these rights for themselves and for their children.

This production is reflected in the $68,000 GDP per capita income in the U.S. Thousands of Diaspora Kenyans have also become beneficiaries and contributors toward U.S. GDP growth. Diaspora Kenyans are also remitting millions of dollars from the income they make abroad to Kenya.

A $60 billion healthcare GDP will be achieved as Diaspora Kenyans invest cash, intellectual resources and find SMEs to partner with for medical equipment and supplies production in Kenya. Diaspora Kenyans working on Diaspora University Town have started this.

Housing, Clean Water and Clean Healthy Environment
The accessible housing plan in the U.S cities and towns is experienced when someone gets a job in any city or town in the U.S. Using the right systems of settlement has enabled the housing sector to further incorporate the right of clean water and the right to a clean and healthy environment to housing. Housing is the main contributor to the GDP of the U.S.

Singapore in 1960, after attainment of self-rule, incorporated housing development through sustainable systems to sustain the environment and the population in their 728 km² land. The choice has contributed to the $370 billion Singapore GDP and $67,000 per capita. More importantly, there are no slums in Singapore. There is a clean and healthy environment.

Diaspora University Town development uses systems that incorporate accessible housing. As jobs are created at DUT, the persons taking up the jobs will have access to good housing through townhouses and apartments.

Kenya Constitution has today set the system that enables the Kenyans to attain their constitutional rights through the productivity of their land resource and their human resource.

(Dan Kamau, formerly of Worcester, MA, is the Diaspora University Trust – Executive Trustee www.dut.or.ke and a Director in DUT Credit Ltd www.dutcredit.co.ke. Dan can be reached via Email dan@dut.or.ke) 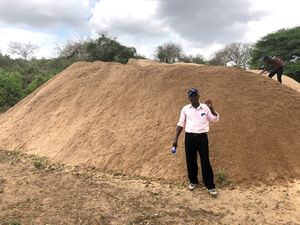 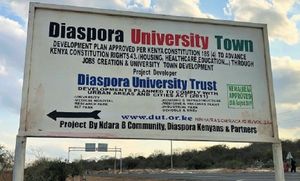 How Mortgage Will Fund Property Development & Home Ownership in DUT