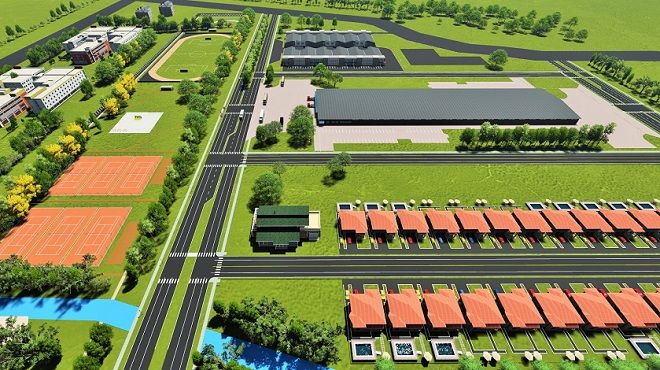 A development plan started in Singapore in 1960 with a goal to build houses to meet the growing population housing need and eliminate the deteriorating shanties that would have become slums became a game-changer of Singapore economy that is today a $340 billion economy.

As more Kenyans review the Diaspora University Town (DUT) project and the systems that are progressing the project, they have started calling DUT, “The Game Changer.”

Explaining that the first 3000 jobs will be created as the DUT plans and systems progress to open a university Dan says, “Production (1) one on 300 acres will produce 620 plots, 590 built houses on 585 plots, university students, a temporary hospital in the university, a medicine and vaccine plan, about 100 SMEs and a 4,000 residents’ town with a Kshs 3 billion GDP.”

Talking about the project GDP growth, Dan who studied economics says that the GDP growth systems that the DUT project will be applying are like the GDP systems that have grown the U.S GDP to a $21 trillion GDP and Singapore to a $340 billion GDP.

He says one of the goals of the project is to grow manufacturing SMEs in Kenya. He explains that this will reduce the Balance of Trade deficit as a percentage of GDP and contribute to jobs creation and GDP growth.

Appreciating the persons calling DUT, “The Game Changer,” Dan says the project is a blessing from God to Kenya. He points out that over the years as the project has come along God has continued to bless and progress the project with the resources needed to have it progress.

“Diaspora money comes from jobs creation, it should go to jobs creation,” says Dan as he thanks the Diaspora who are already part of DUT and are today remitting money to create jobs.

“Kenya Constitution 2010 is the other blessing,” says Dan. He further explains that the Kenya Constitution is a jobs creation system through the bill of rights and several laws that require the resources of land, the constitution itself, and other resources to be productive and meet the economic and social rights. He says that a countries GDP grows when jobs are created to meet constitutional rights. 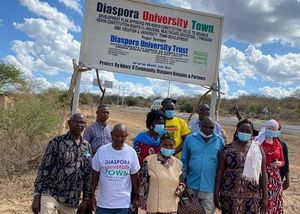 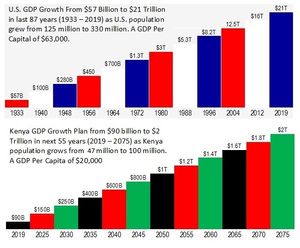