At the age of 17 years, Robert Goddard would climb a tree and looking to the sky imagine making a device that can go to Mars. He is quoted saying, “I was a different boy when I descended from the tree from when I ascended. Existence at last seemed very purposive.” For 45 years from that day he would progress the creation of what became a rocket. During the period Goddard would file 214 patents and launch 34 rockets. The rocket launches would travel as high as 2.6 km (1.6 miles) and reach speeds of 885 km/h (550 mph).

Dan Kamau says this story and the sign, “Birthplace of Dr. Robert Goddard Father of Modern Rocketry,” next to the “Welcome to Worcester City,” sign on highway 290 West kept inspiring what is now the Diaspora University Town (DUT) to keep moving forward. He adds, “Every time I would be driving in this highway, I would read the sign and be reminded that Dr. Goddard put in 45 years of innovation work.”

DUT plan started in the Worcester City and at WPI University the same city and university Dr. Goddard began what became the rocket that went to the moon 69 years later.

Robert Goddard is born in Worcester City. A City

1899. On October 19, 1899 Robert Goddard, age 17 years, climbs a cherry tree to cut off dead limbs.  He is transfixed by the sky as he imagines how wonderful it would be to make some device which had even the possibility of ascending to Mars. He starts the rocket invention and for the rest of his life observes a private commemoration October 19 as “Anniversary Day.”

1907.  Robert as a student of WPI does experiment on a rocket powered by gunpowder in the basement of the physics building. The experiment causes a fire in the building. He, however, is not expelled.

1915. Robert when advancing his research theorizes that a rocket can work in a vacuum without pushing against air in order to fly. That in a vacuum, a rocket engine can produce thrust.

1919. Robert publishes the book: A Method of Reaching Extreme Altitudes. The book is about how rockets can be used to reach the moon. 1,000 copies are sold worldwide.

1920. New York Times editorial publishes a story with the headline: “Believes Rocket Can Reach Moon.” The newspaper editorial ridicules Robert’s theories. The paper writes that Prof. Dr. Robert Goddard does not know the relation of action and reaction, and of the need to have something better than a vacuum against which to react. The editorial states that he seems to lack the knowledge ladled out daily in high schools.

1924. Dr. Goddard publishes article, “How my speed rocket can propel itself in vacuum,” to try and stop the ridicule. No matter how hard he tries to explain his results, he is not understood.

Dr. Goddardsuccessfully launches first liquid-fueled rocket in Auburn, MA. The rocket reaches a height of 41 feet at a speed of 60mph that last 2 seconds. He funds this with his own money and private funders.

1929. After Dr. Goddard launches one of his rockets, a Worcester newspaper, then writes, “Moon rocket misses target by 238,799 miles.”

Dr. Goddard after examining a rocket discovered during the Second World War made in Germany determines rocket used his technology. He passes on having filed 214 patents and launched 34 rockets in rocketry.

1951. A lawsuit is filed by Dr. Goddard’s wife, Esther, and financiers against the U.S. government for infringement of Goddard’s patents.

1960. Dr. Goddard, wife, Esther, is paid by the U.S. armed forces and NASA an award of $1 million (equivalent to about $8 million today.) The first rocket launches to space by NASA.

1969. Apollo 11 launched to the Moon. The day after launch, New York Times prints a correction of its 1920 editorial, stating that “it is now definitely established that a rocket can function in a vacuum as well as in an atmosphere. The New York Times Editorial in 1969, 49 years later, states that it regrets the error made in 1920. 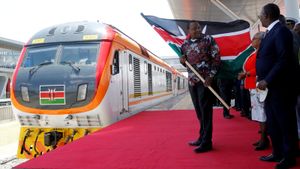 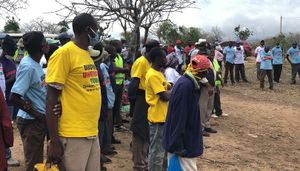