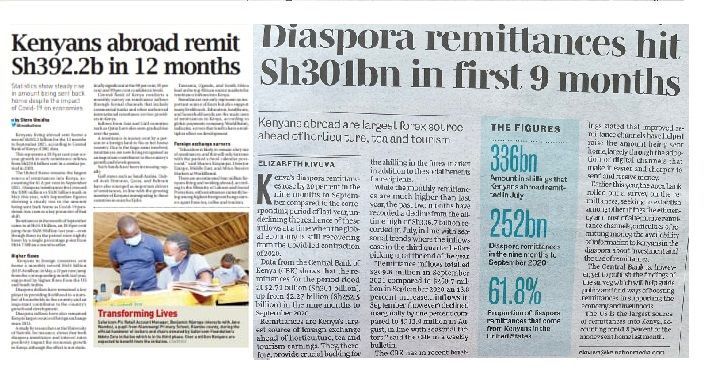 Dan Kamau, DUT Executive Trustee, and Project director when chairing a DUT meeting held in Voi where the DUT project is ongoing said that the idea of DUT was started based on coming up with systems and plans that would flow Diaspora cash that is today reflected through remittances to play a role in the development of Kenya.

Dan who lived in the U.S and worked closely with some of the WPI professors when the integrated sustainable systems and plans that anchor the DUT project were conceptualized says, “The DUT systems and plans are ready to create thousands of jobs and offer the highest return to Diaspora and Kenyan investors.

Erick Mwamodo, an ICT expert who has developed the ICT system for DUT Credit said the system is ready. He said, “We shall have three APPs ready in the next two weeks. The Apps are currently in the testing stage.”

When thanking Erick for his magnificent work, Dan informed the team that the U.S has a population of 340 million persons who including the Kenyans who have migrated and just remitted the 61.8% of the 300 billion in the last 9 months. He added that the bank deposits in all U.S Banks have grown to $17.5 trillion by September 2021. This divided to the 340 million population is an average of $51,470 per person.

Kenya bank’s total deposits by December 2020 had grown to Kshs 4 trillion (about $40 billion) for a population of about 48 million. This is an average of $833. He said, “DUT Credit growth opportunity is reflected by the growth from $833 to over $10,000 in next 10 years as jobs creation systems and plans are implemented.”

The DUT team of over 20 reviewed the jobs creation systems and plans. The team who is today kicking off the departments in the development of the town plan, university plan, medical hospital plan, design-build plan, and SMEs (Small Medium Enterprises) plan presented their status.

Dan thanked the DUT Voi team. He said the team in the month of November should make their adjustments and updates of their written plans for DUT Production one with a target date of starting December 2021 to end August 2022/December 2022.
Production one is for 3,000 jobs creations, 4,000 town residents’ settlement, university first-class intake, medical hospital urgent care open, about 100 SMEs open at DUT and 150,000 square meters produced as 590 buildings and 12 km road network is built.

Ronald Mwangombe who is heading the Ndara B Company plan said that the community members continue to put in thousands of hours planning to supply the building materials. He said that their target is to produce and supply as many materials to DUT and further establish as many industries as possible and have manufactured goods inside the import containers come from Voi.

Kenya is currently importing products worth about $18 billion (Kshs 1.8 trillion). The DUT team discussing this said the Kenyans in Kenya and in the Diaspora need to partner and open manufacturing industries.

Dan in the support of the opening manufacturing industries said that DUT will give a guarantee to purchase the materials produced. He noted that one of the ways that will fast-track the opening of industries by Kenyans and Diaspora is the Diaspora remitting become capital through the DUT Credit system.

He said, “More than 100 Industries can be open if DUT can grow the numbers to have Kshs 1 billion per month of the over Kshs 30 billion coming into Kenya every month come to the DUT system of Jobs Creation, Houses Development and GDP growth.” 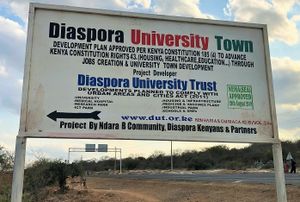 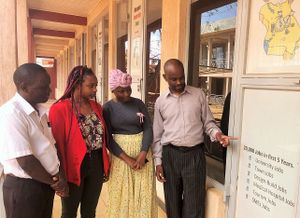